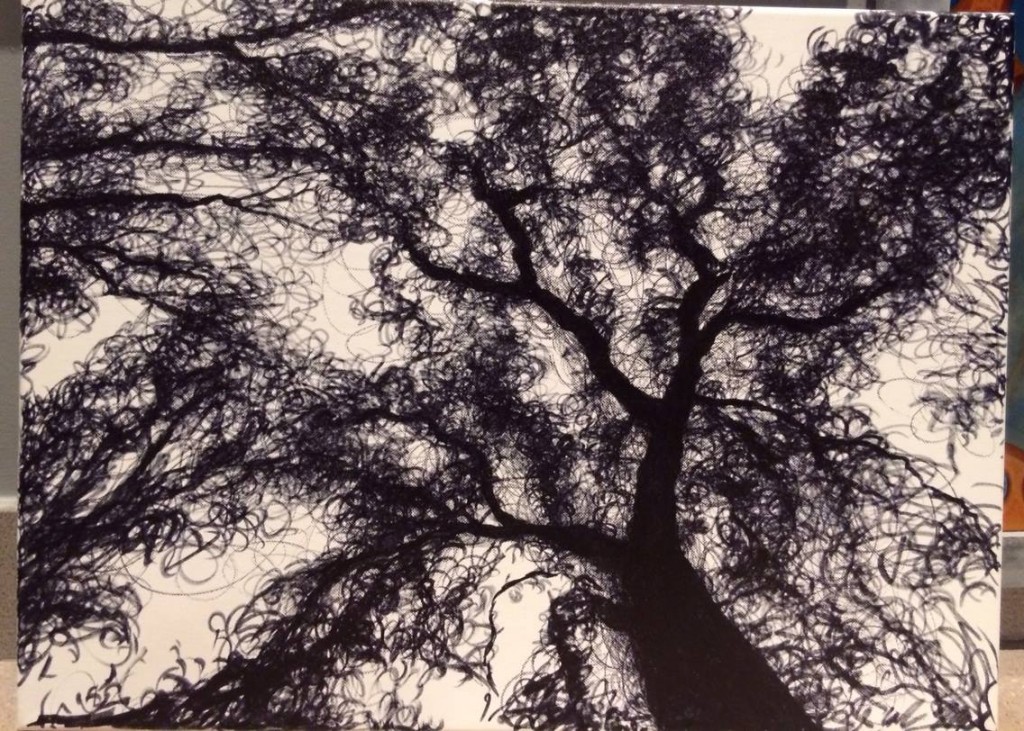 “Branched Out” in permanent marker on 16″x20″ canvas

What do they say again? The most beautiful flowers are those that grow under duress?  That describes how my first marker drawing, “Branched Out” came into being. As part of the Conception Emerging Artists Festival, I agreed to create a drawing in one hour for the “Artists Clash! “where four artists have only one hour to create a work of art.

I work in ballpoint pen, and often spend almost 12 hours on small drawings that are the size of business cards!  I prepared a small drawing surface, 2.5″x3.5” and created a sketch as preparation so I could at least have something to show for my hour of drawing.

When I arrived at the challenge and asked them where I could sit and draw in my little sketch pad, they said “Oh no, you’re creating a drawing on THAT,” pointing to a 16″x20″ canvas. My jaw dropped, but I knew it was finally the hour to move up to a bigger medium. Game on. I didn’t have much time, so I immediately asked all of my artist friends present, “DOES ANYONE HAVE A SHARPEE?!”

I scrounged a few markers that were not completely used up, and asked one of the curators to buy me any Sharpees she could find at a nearby corner store. Since she was announcing the event, she had to make a run for it after we began, so I started with whatever I had.  “Artists, ready, set, GO!”

There was spray paint and paintbrushes flying as I laughed while saying, “Okay, here we go!” Surrounded by viewers who were both supportive and curious,  I found the wonder in my new situation and let the marker take over. 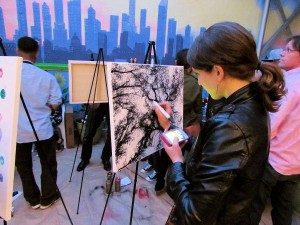 Drawing under pressure and loving it

From the start I knew this drawing would have to be bolder and more expressive than most of my work, so I found a few key points of focus and started drawing the shadows and light.  Since the markers I had were mostly dead, the initial lines were very faded, which worked to my advantage.  I had more freedom sketching out the image in light circles since it took longer to make a mark, but it soon seemed like I wouldn’t be able to finish in time if I didn’t get new supplies.  Then, at the perfect moment, my friend the curator returned with TEN new permanent markers.  Putting that first bold wet line to the canvas was pure bliss!  Looks like I’ll be able to finish the drawing in time after all!

At the beginning when it was just loose circles, no one knew what I was doing, but as the momentum built it became clearer.  As I started adding details around the trunk and making the branches bolder, I heard exclamations of awe: “That looks like a photo!” “How did she do it?” “This one’s my favorite, I’m going to commission her for a drawing!” and many more supportive comments. They kept me going. A couple kids were watching closely and rotating between the four masterpieces in progress. They were my biggest help.

Me: “What do you guys think? Does it need anything else? Maybe this part?”
Kids: “No, I think its done. Yeah it’s done!”
Me (while quietly drawing): “…no…maybe just another circle here…”

I finished 10 minutes early and still couldn’t stop myself from doing touch-ups here and there until the time ran out. Then it SOLD on the spot! 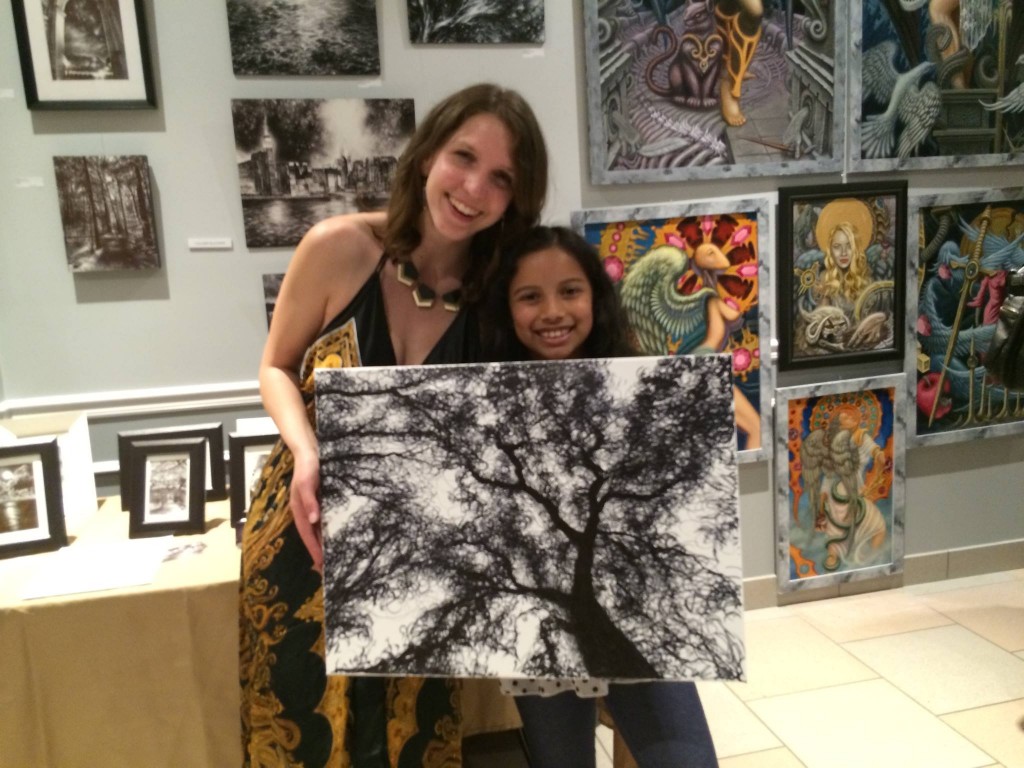 With it’s new owner! So glad you could have it!

After years of talking about how to take my artwork into a larger scale, all it took was a little pressure, friendly competition, and support, and then I “Branched Out.”

Check out my interview on the Conception Artists video! 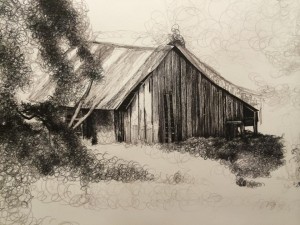 Get ready for this one… 4ft x 5ft in progress