“Through the Hotel Window” (ホテルの窓から)

The TV show visits my studio

How exciting! In March, I received a message from a friend asking if I wanted to be featured on a Japanese travel show.  They were looking for a Brooklyn-based artist, a young woman in her 20s-30s, looking for Japanese exposure. The timing was perfect, I had just been in 2 art shows in Japan, and was now represented by ISSO Gallery in Tokyo. It was a serendipitous match.

I met them at a bookstore in DUMBO, and was immediately greeted by the director. She smiled animatedly, and introduced herself with a quick succession of bows while a crew member translated. They described the scene they wanted to film, and I got excited to do a little acting. On camera, they find me looking at an art book and ask to see my studio. I then engage with the camera as if it is a person, and invite it/them to Greenpoint.  I walk the crew to my studio building, where the camera follows me up the elevator and down the hall, into our shared 4-person studio space, surprising the Greenpointers and their puppy mascot. I show them my work, then they watch me draw for a bit and ask me questions about my art career.

The crew was delightful! While I could only understand them through translation, there were a lot of giggles as we tried speaking each other’s languages.  They described my circular style as “kuru-kuru,” so I’m taking that on as my Japanese nickname! 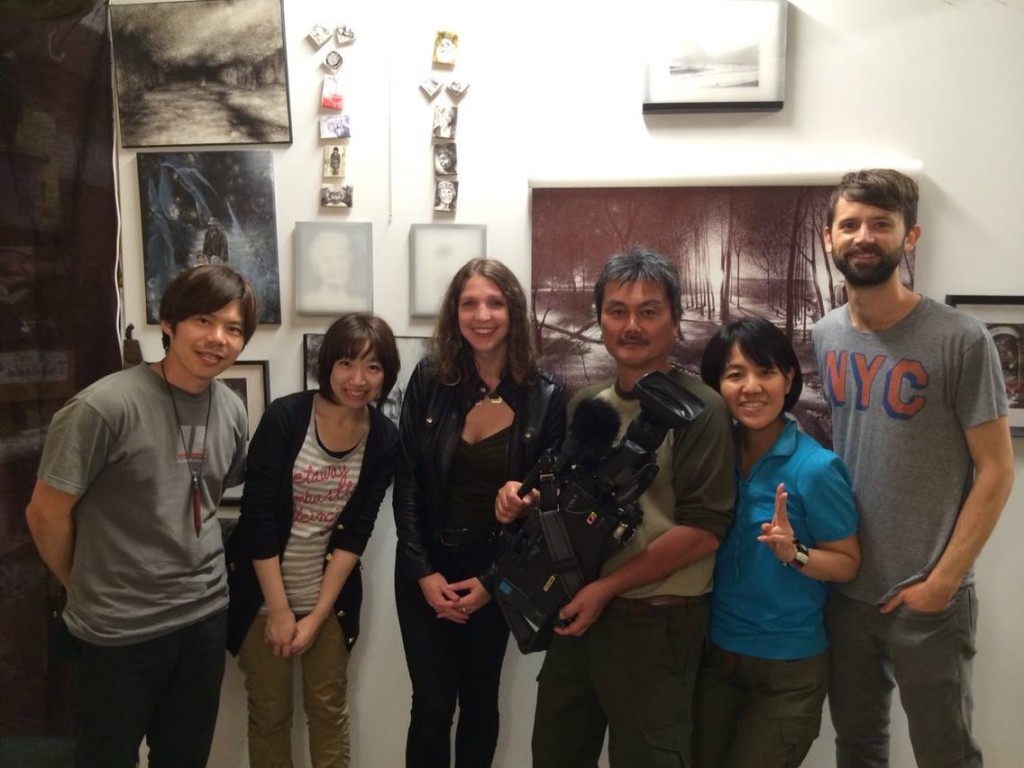 With the crew of “Through the Hotel Window”

Here is my segment of the episode, which aired during “golden hour” (prime time) in Japan last month on a major network that has almost 2 million viewers:

Colleen Blackard on Through the Hotel Window

You can also visit the show’s website to see the episode summary. Gomen nasai, it’s in Japanese, but you can use google to translate if you’re curious: http://www.bs4.jp/hotelnomadokara/onair/09.html