As a reminder of what lies just beyond New York City (and hidden within the city itself), BFP Creative is putting together a show of work that depicts the natural world. Let’s celebrate beauty, sentimentality and awe.

Featuring the contemporary landscape works of 60 artists from New York City and beyond.

Using a historically significant genre, these artists are contributing to a larger discussion about important contemporary issues, including sustainability and global climate change.

WORK IS AVAILABLE FOR PURCHASE IN OUR WEBSTORE

END_OF_DOCUMENT_TOKEN_TO_BE_REPLACED

Honored to have my work in this show by Conception Gallery during Armory Week, only a block away from Pulse Art Fair. The opening was packed, and I sold the drawing, “Love is Being Flexible”!

This past fall, I was asked by artist Alex Pergament to participate in his collaborative installation, Helga and Carl. I collaborated with artist Kelly Heaton of Kelleesee Designs to create a drawing on this beautiful dress she made.

I chose this dress as my canvas after hearing the story behind it. Kelly made the dress for a bride-to-be’s wedding shower, but then the bride’s fiancee left her before she had the chance to wear it. The dress became a symbol for lost love and heartbreak, so I chose to heal it by turning it into it’s own universe. The Galaxy radiates from the heart, showing that the wearer projects her light and power from within, that all comes from her center. The train of the dress is water, symbolizing letting go and releasing the past to emerge cleansed and freed.

I enjoyed the process of drawing on silk, and look forward to creating a series of these designer gowns! 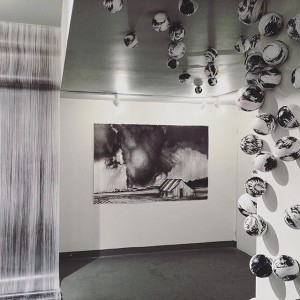 The art of drawing is sometimes seen in a subordinate role to the traditionally dominant media of painting. After the rapid broadening of the art world to include conceptual, performance, multi-media, digital and countless other modes, it is slightly surprising in the twenty first century to encounter working artists who choose drawing as their primary, or in some cases, sole method of expression.

People who draw are technically referred to as draughtsman, which seems to suggest that their efforts are considered a step in a process. One draws a preliminary sketch, or plan – a draft – to be interpreted and developed into something else at a future date. The artists presented in Drawers Drawing have all made the choice to be “drawers” and consider their mark making an end product in itself.

The title is a reference to an early 1970s documentary that celebrated the high profile American painters of the mid twentieth century. In contrast, this exhibition showcases a group of artists with diverse origins in places like Japan, Estonia and Texas. Their artistic backgrounds and references include traditional Japanese brushwork, comic book art, tattooing, mathematics and movement. Pencil, pen and ink, marker and dry pastel are juxtaposed alongside each other in an inspired display of line, form and color.

Some of the works are presented as one might encounter them in an artist’s studio, for example a sketchbook opened to a single page, a large work on paper tacked to the wall, as though the artist has stepped away and might return to make additions and changes. Others highlight the diversity possible in drawing by being presented as three-dimensional installations and sculpture. Drawers Drawing celebrates the ancient human act of mark making and the artists who engage with it.

At the last minute, as we began de-installing the work, a dear friend and collector who has been following my work since my first show recognized the drawing, Taurus (Hyades), from my first “For the Universe” series and came to the gallery to acquire it. So grateful for the support, and glad it went to a happy home!

END_OF_DOCUMENT_TOKEN_TO_BE_REPLACED 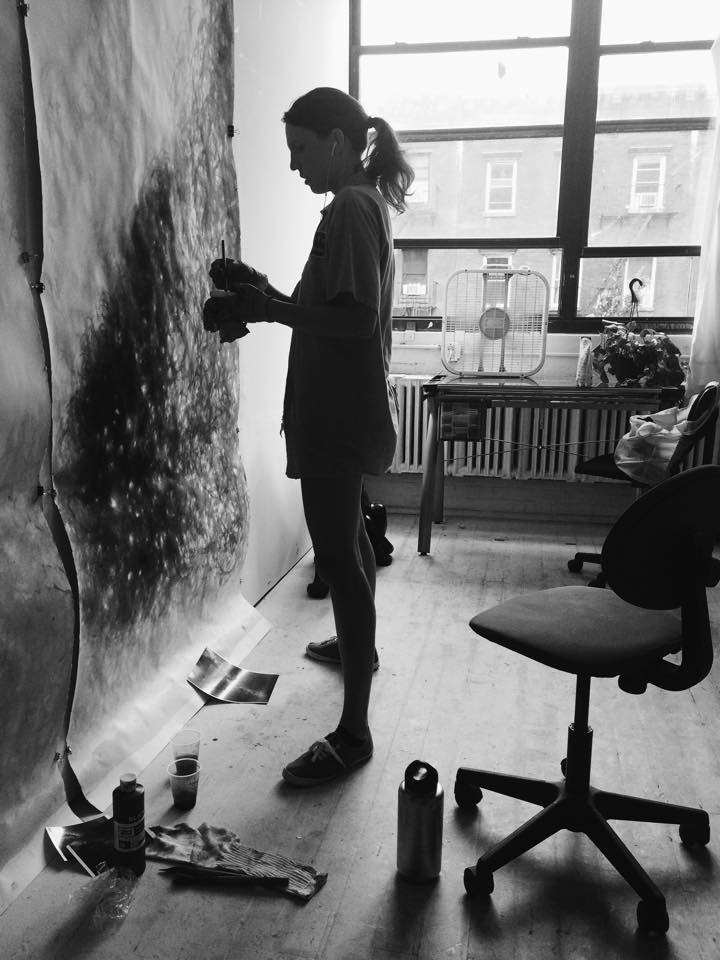 “Colleen in the Studio,” by Shannon Soule 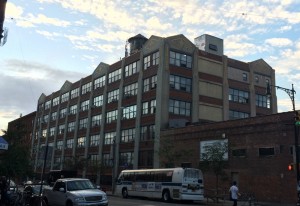 Last month I moved into my new studio in the Pencil Factory! So grateful for the 10ft walls, beautiful south-facing windows, and much needed space for the new large “Abandoned Series” drawings. Come for a visit during the next Greenpoint Open Studios!

Follow me on Periscope as @ColleenBlackard to watch me draw LIVE in the new studio!

Rent my Drawings for Film and TV!

Prints of a selection of my drawings are now available to rent as cleared art for all media events, leasing, and staging through the Collective.

Check out my feature in their September newsletter: 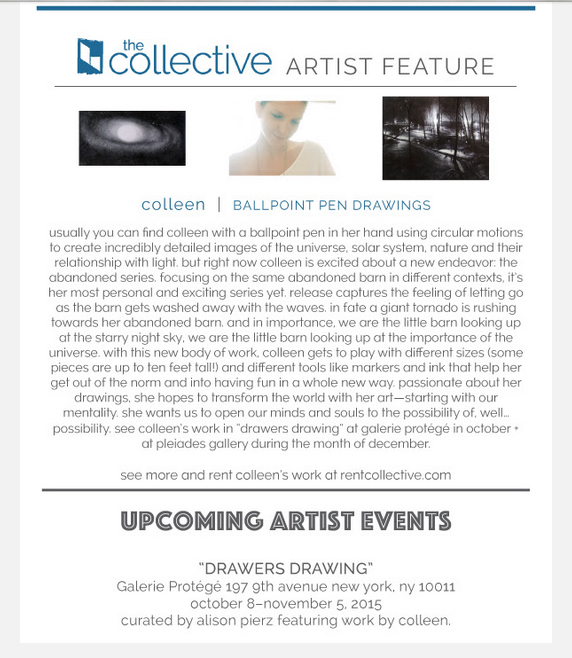 Then check out my cleared artwork on their website: 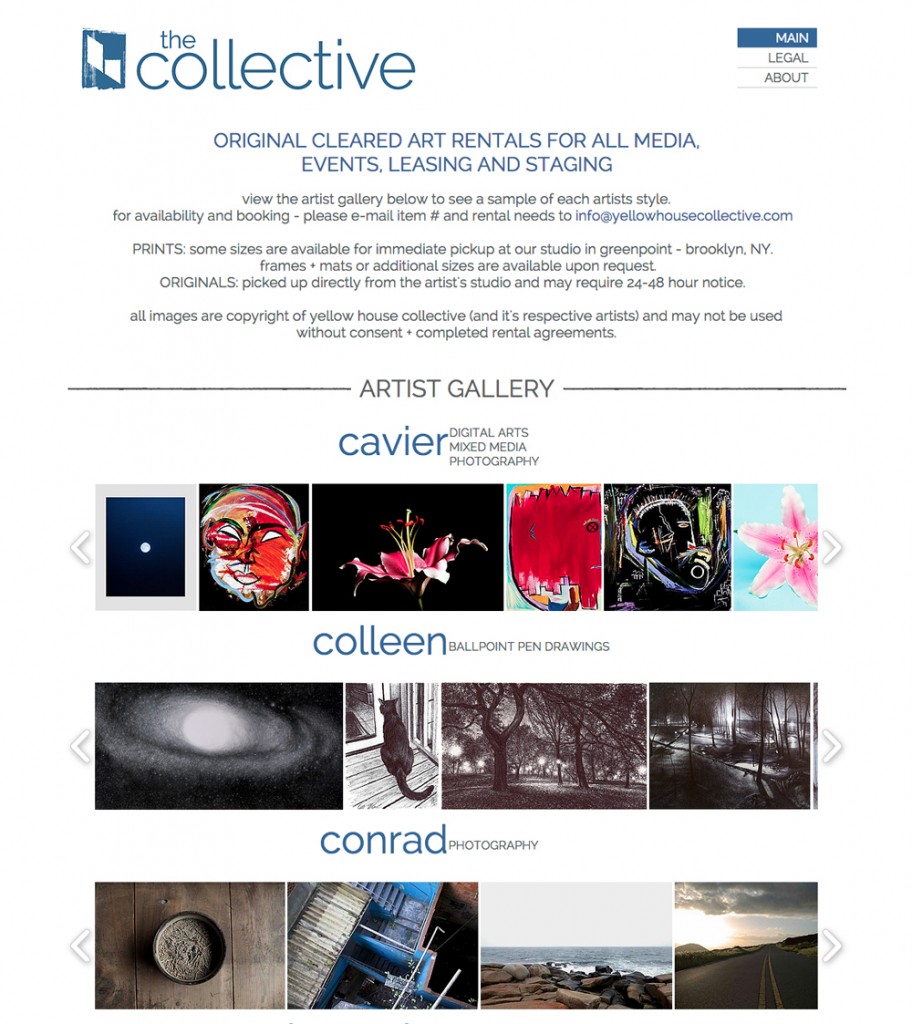